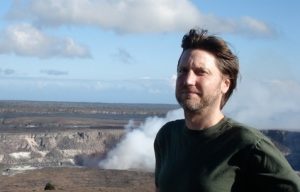 Over the last few decades we have uncovered a great deal about the formation of stars. We have also undertaken an extensive census of planets and planetary systems around other stars. We are confident that the typical young star begins life surrounded by a gaseous yet dusty orbiting disk of material and that this circumstellar disk is the birth site of planetary systems.  Nevertheless, it is still almost impossible to witness the formation of planets and instead we must settle for indirect circumstantial evidence of the planet formation process when comparing observations against theoretical ideals and numerical simulations.  For this reason, astronomers have been developing ever more powerful telescopes and instruments to peer deeply into the cloudy environs of star formation and uncover planets in formation. I will discuss some recent observations that suggest planets may form during the earliest stages of star formation. I will also describe planned and anticipated (space) telescopes that will provide new ways of searching for planets in formation.

Dr. Doug Johnstone is an astronomer at the National Research Council’s Herzberg Astronomy and Astrophysics Research Centre in Victoria, BC. From 2012-2014 Doug was the Associate Director of the James Clerk Maxwell Telescope, a 15-m telescope on Mauna Kea devoted to observations of the sky at sub-millimeter wavelengths. Doug’s main research interests follow the formation of stars and planetary systems. He began his professional life as a theorist at the University of California, Berkeley, working on the evolution of circumstellar disks around young stars, back before extra-solar planet detections were common. He has spent time at the Canadian Institute for Theoretical Astrophysics, the University of Toronto, and the National Research Council of Canada. Today, Dr. Johnstone’s research focuses on the formation and evolution of structure in molecular clouds, attempting to disentangle the physical processes through which a molecular cloud sheds into individual stars and planetary systems.